Although the former president Jimmy Carter exited the white house in 1981, his political ideas still matter up to date. What’s more, he still weighs in on some of the major political issues that affect the country he once served. Below are some of Jimmy Carter’s political views;

1.His Opinion About 2016 Elections

Former President Jimmy Carter believes Hillary Clinton has a strong potential of leading America the right way. Speaking to a popular online news website on a live session, he pointed out that Clinton has the best qualifications among all the 2016 presidential candidates. He mentioned the fact that since Clinton herself is a former first lady, she knows a lot about the detailed administration of government, and the hard choices that have to be made, as well as the problems that a president is going to have to face while holding that office. He also argued that since Hillary has served as a Secretary of State, she is highly acquainted with international affairs, which is an added advantage.

However, asked about whom he would back if he had to choose between republican candidates during an appearance at Britain’s House of Lords recently, the 39th president selected Donald Trump, citing that Trump seems to be sort of malleable and without fixed beliefs. According to him, this means the presidential hopeful wouldn’t have trouble working with democrats.

One of the key political areas in which Cater holds a different opinion from many world leaders is the issue of conflict. Known as the peaceful president by some, he abhors war and acknowledges that even though conflicts are a natural part of any human society, they can be resolved and adversaries reconciled through peaceful means.

The fact that the former US president believes in non-violet ways of reaching a mutual understanding during a conflict best plaid out a few decades back when he decided to broker a peace deal between Israel and Egypt. And the outcome of his negotiation turned out to be quite positive. Up to date, the two countries co-exist peacefully, thanks to his selfless efforts in making this happen.

Asked about his take on the US war with Vietnam and Iraq respectively, the 91 year old former naval officer was of the opinion that those wars were very unnecessary. He wished that his country would have been more reluctant to go to war. Peaceful conflict resolution is one of Jimmy Carter’s political views that go down very well with the public.

The former president recently weighed in on the issue of illegal and undocumented immigrants in the country when he wrote to the congress proposing the following measures among others;

· A significant increase in the enforcement of the Fair Labor Standards Act and the Federal Farm Labor Contractor Registration Act, especially in areas where heavy undocumented alien hiring take place.

· A substantial increment of available resources to control US borders, and other entry points, in a bid to curb illegal immigration.

· He also urged the government to cooperate more with countries whose citizens are fond of entering into the US illegally, so as to better their economies and their controls over human smuggling systems.

Although President Carter retired more than 2 decades ago, he still has strong political views on the political matters affecting his country. For some, Jimmy Carter’s political views are good whereas for others, it’s the other way round depending on how they consider them. 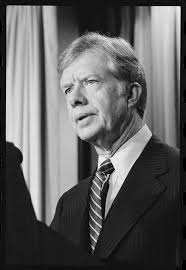 For the best US Certified CBD hemp clones check out Hidden Valley Hemp!